If you’re here, it’s probably safe to say that you are at least considering cloth diapers for your newborn.

It’s probably also safe to say that you’re specifically looking for the best cloth diapers for newborns. After all, you want what’s best for your sweet baby.

Cloth diapers are great, but getting started can also be hard. It’s not necessarily hard to use them – that part is usually pretty straightforward.

It’s hard because there are so many different options out there and most websites won’t discuss all of them because there’s so much information to be covered.

I’ve put together this article to clear up as many of the misconceptions as possible for all of you new and expecting mommas.

There are more options for cloth diapering that you know about.

No matter what your hang-ups about cloth diapering are, there’s probably a cloth diaper that will put your doubt to rest.

Shopping for cloth diapers may be overwhelming if you don’t know the differences, but finding the best cloth diaper for your newborn is important. 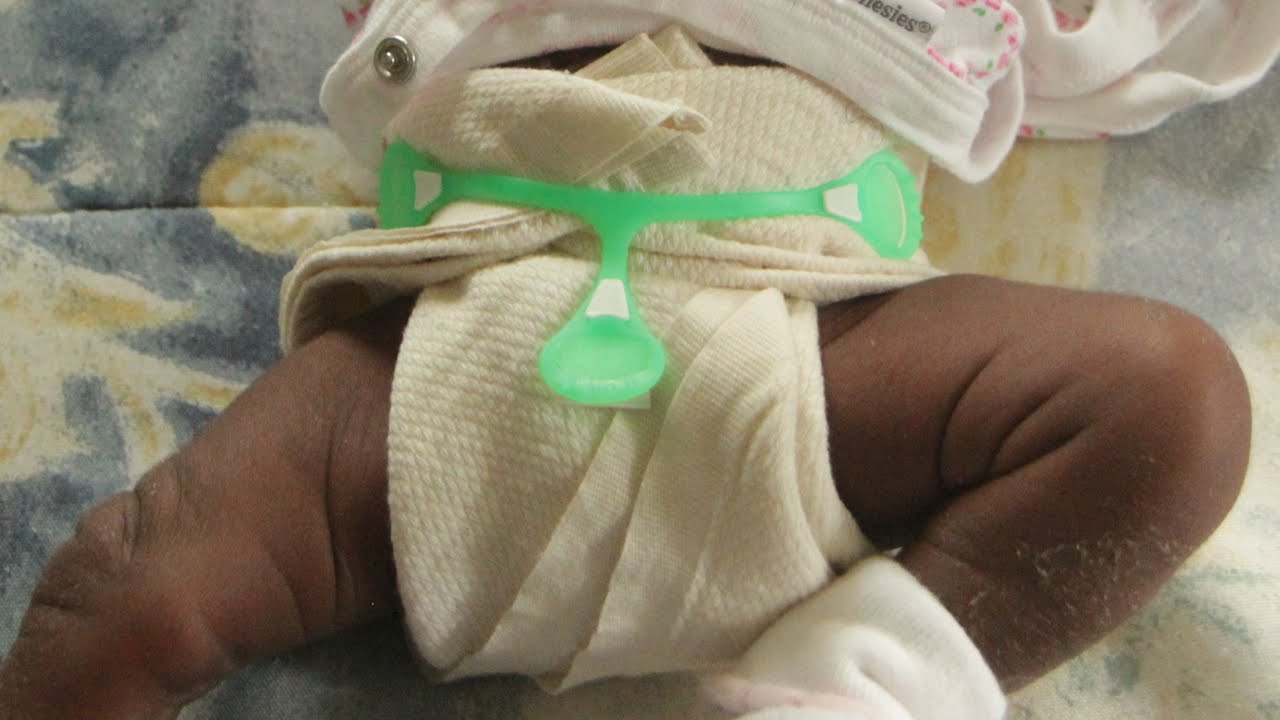 These are the cloth diapers that you probably think of. They were used a lot by our grandparents and great-grandparents.

Flats are basically just thin pieces of material that you can fold however you want.

These take a lot more time to fold and a little more time to master, but they are also handy for parents who want to be able to customize their diapers.

With flats, you can master folds that are thicker, thinner, or attached differently depending on your newborn’s needs.

You don’t have as many folding options with prefolds because they’re already built to be absorbent in the center, but you also don’t have to spend as much time mastering the different kinds of folds. 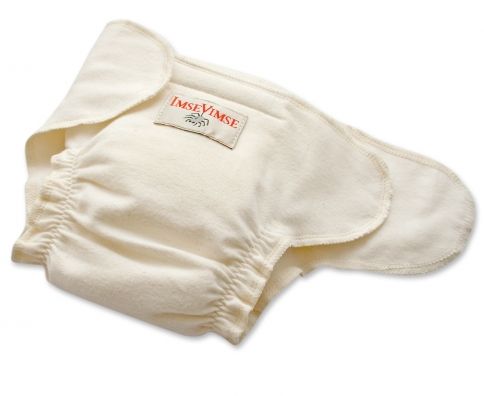 Contour diapers are just like prefolds except that they already have cut-outs for baby’s legs. These require even less folding skills than prefolds.

You will have to use snappis or diapers pins to close each of these types of diapers because they don’t have closure mechanisms of their own.

The good thing about that is that the sizes are 100% customizable and you don’t have to worry about your little one outgrowing their diapers halfway through a box. 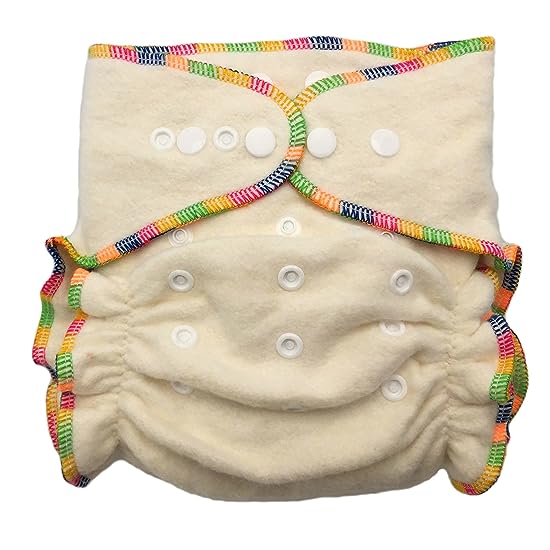 Fitted diapers are similar to all-in-ones (coming up in the next section) except that they don’t come with a waterproof cover.

These are also similar to disposables in that they are sized, so you won’t be able to use the same diapers from birth until potty training.

They do have elastic around the legs and waist so that they fit close to the baby’s body.

All four of these diaper types will require a waterproof cover so that baby doesn’t leak all over while they play, sleep, or travel.

You can find all kinds of waterproof covers made from different materials like wool, fleece, or polyester. 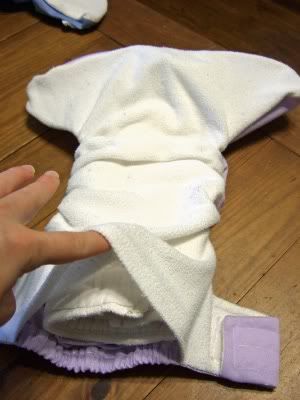 The Art Of Simple

Pocket diapers have an outer waterproof shell and a pocket on the inside. This pocket is meant to hold absorbent inserts.

Inserts are usually made from cotton, bamboo, or wool. These are handy because they can be found in either fitted or adjustable sizes.

All in one diapers are the closest that you can get to disposable diapers in terms of convenience. You don’t have anything to fold or insert when you use an all in one.

The waterproof cover and the absorbent insert are pre-assembled so that all you have to do is slap it on the baby and go.

These are just like pocket diapers except that the insert doesn’t have a pocket to slide into.

Instead, it just sits in the seat of the waterproof outer shell. These are easier to clean than all in ones, but they aren’t quite as convenient.

What is The Best Cloth Diapers For Newborns?

How Many Cloth Diapers Do You Need?

One of my biggest questions, when I was doing my pre-baby research, was how many cloth diapers needed for newborn babies.

It’s important for you to understand exactly how many diapers your little one is going to go through in a day.

You want to buy more than enough diapers so that you don’t ever run out. Running out almost always means that an explosion is coming.

Newborns can use up to twelve diapers every day.

Babies will use about ten diapers a day.

Older babies and toddlers can be expected to go through about eight diapers in a day.

How many diapers you buy really depends on how often you want to do laundry.

If you’re expecting to do a load of diapers every night, you can probably get away with 12-15 diapers in your stash.

Personally, I wouldn’t suggest forcing yourself to do a load of laundry every day during the newborn stage because you will already be sleep deprived and stressed.

Ideally, you should have enough diapers on hand to last for 2 or 3 days. For a newborn, that means that you’re looking at anywhere between 24 and 36 diapers on-hand.

Disposable diapers have been known to contain chemicals that can be harmful to your baby’s little bottom.

The absorbent gel used in the padding is typically considered non-toxic, but some babies still react negatively to it. Baby eczema and heat rash are often exacerbated by these harmful chemicals.

My son didn’t have any skin allergies that we knew of, but he kept getting severe cases of diaper rash.

After one particularly bad bout of diaper rash, I decided that washing cloth diapers wouldn’t be the end of the world if it meant that my little man had a soft, healthy butt.

We started cloth diapering and the diaper rash disappeared within days.

You can find in the video below pediatric advice about diaper rashes in babies and infants.

Better for your wallet

Cloth diapers are a big up-front expense. Getting a set ready for baby’s use can cost you anywhere from $400 to $1400. That number is enough to scare off many soon-to-be moms.

You’re likely to get hundreds of uses out of each diaper and you typically won’t have to replace diapers between the time that baby is born and the time that they are potty trained.

You also don’t have to worry about midnight diaper runs with a wet or dirty infant if you’re using cloth.

Better for the environment

Did you know that it can take up to 500 years for a disposable diaper to completely break down?

That means that little Timmy’s first diaper from 50 years ago is likely still sitting in a landfill, taking up space and polluting the planet.

Add that to the fact that disposable diapers require almost twenty times as much material to make as cloth diapers and you can see how serious the environmental impact of disposables is.

On the other hand, cloth diapers will break down in a matter of months and many can even be composted. Yes, you can dispose of most cloth diapers in your very own backyard!

If you’re looking to put your newborn in cloth diapers, you might be feeling pretty overwhelmed right about not.

You’re probably looking at this list and wondering how to choose cloth diapers for newborn babies. Here’s the secret – there can be more than one right answer.

The best cloth diapers for newborns depends on their family’s lifestyle. When you’re trying to decide, take your own preferences and hang-ups into consideration.

If you’re struggling with the thought of folding and stuffing diapers, you might want to try and all in one.

If you’re worried about having to replace diapers and spend extra money on them as you go, flats, prefolds, or even contours may work best for you.

In my house, we have a small stack of all in one diapers for traveling because I hate having to fold or stuff diapers in public.

We use flats for bedtime because my son leaks everywhere or needs six different diaper changes between bedtime and morning if we don’t make it a point to add some extra absorbency.

Regardless of what you choose, you should be confident that you’re doing the very best thing for your baby. Congratulations on your little one and I wish you all the best on your cloth diapering journey!